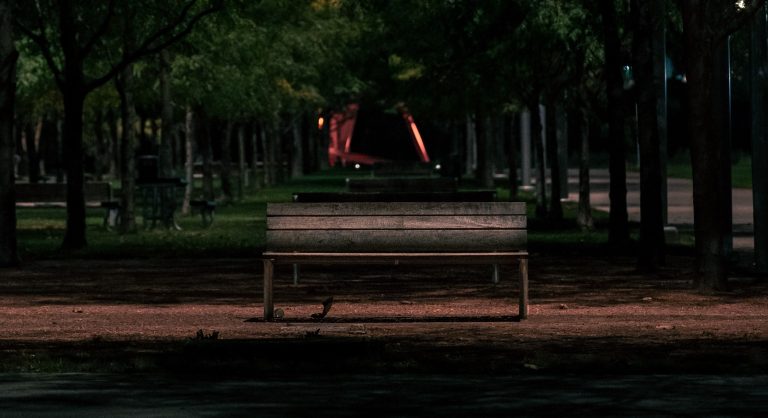 Arya felt free… and clean in a way she had not felt in so, so long. How she felt though, was not the pressing matter. How Tali felt was.

She linked arms through her daughters (what a wonderful thing to be able to say) and led her off the boat, into the town of Aria.

“This fatalism doesn’t suit you, darling. Tell me where it comes from?”

The only thing Tali could see in her thoughts was how Sariel looked. There was so much in it. Sadness, disappointment, desperation. She hated that she may have encouraged some of that but…But the idea of putting more effort into a world that just kept-

She was quiet for a moment as they walked. It was really amazing, she thought. Tali never would’ve guessed she’d be speaking with her mother again. Both versions in one. So odd. But an amazing positive that she was so grateful for.

Finally she spoke in a quieter voice. “It’s just…This past week has been the hardest we’ve had to deal with. That trip back in time to preserve the timeline I told you about in the mirror it-” Tali breathed in before continuing. “It unearthed a lot. About our family.”

Arya was quiet at first, listening. “Secrets I couldn’t tell you of yet. You were too young. But I don’t believe that’s it. You’re too strong to be so off put by a trauma you’ve already lived, so -” Arya found a bench, under a tree, away from most of the bustle and noise of the town. “Tell me what really makes you want to give up on this world?”

When they sat down, Tali stared back at the water from the docks. Considering.

“It would be so much easier to just burn it so I wouldn’t have to see-” Tali stopped. She’s good at masking her face but something that’s always betrayed her in the past was her eyes. And now they seemed to house glints of fear.

Finally she met her gaze with her mother’s and spoke. “Um, I was going to but I haven’t told the others how I felt yet but..We were in Alnwick before coming back here to Resi because ‘he’ is there and so is the guild, they want the military.”

Tali absentmindedly played with the ends of her hair while she spoke.

“I was fine, a few weeks ago when I believed that he is just one man and I’m an aspiring God. I didn’t think he could do anything to harm me now but…I do not think that’s true.”

Arya was silent for a time, simply studying her daughter’s face. “This cowardness doesn’t become you either, Talithey. But, I understand it more than you realize.” Arya motioned her head and eyes down towards the sword Tali carried. “He killed me with that blade. My own, blade while I laid on that couch and bled out, unable to stop him. But that was simply one moment, I was unable to stop him. I suspect, simply from the look in your Dragon’s eyes, the fact that you hold my sword and not… Belgium,” such venom in her voice when she said his name. “It went differently. You carry your father’s song book. You found Delirum. You sit before me now, with the power of three other gods, and you still doubt? Perhaps I should put you in the dirt, daughter, as I use to do when we practiced since you seem to want to stay there so badly.”

The slurry of different conflicting emotions Tali felt while listening to her mother. Primarily anger. “He killed her with-” Her chest burned while she listened but amazingly her spiral of thoughts were interrupted with her mother’s last statement. Her eyes snapped back up to look at her. That familiar timeless defiance in them.

“I…First of all you cheated some of the time during those sparring practices because you couldn’t handle my words. Not to mention how your sword parry is just plain rude. And second, I always stood back up again. ”

She leaned back against the bench.

“We also have that in common. He killed me in Ecrin. Though I do not think that was planned. An interesting surprise on both sides.”

There was an amused glitter in Arya’s eyes. And perhaps to Tali an unfamiliar twitch that spoke of… well crazy. Someone who has seen too much to be able to contain it all in a healthy manner.

“Then perhaps, this is the side of me that was a… how should I put it… killed a lot of people yes, that’s good… but why are we speaking on anything but how you will get your vengeance?” She canted her head at Tali. Her expression softened.

“Your fear is good. It will ensure you did not get cocky, that you do not mistakes. But as you said daughter you always stood up. And you will now. Because it isn’t about just you anymore… Is it?” Arya looked towards the boat and back to Tali. “That should give you strength. I fought and lost many battles alone. It is a…. rare… lifetime that granted me the blessing of having others not just for the joy of it, but others who were actually my goddess capable. They both look at you, even the dragon who I can tell is in the darkest of places, as if they would fall on your sword if you asked it of them… and what a better romantic gesture then giving the people you love, an entire world. It’s a very godly thing to do.”

Arya scooted closer, taking Tali’s hand between one of hers. “You don’t have to pretend to care about them…” she waved a dismissive hand at the people of Aria. “They’re not who you’re fighting for.”

“There was an altercation in the Chaos plane. Very long story. But in short, Zildath had to activate some very demonic magic in himself and he was just in constant pain after the fight was done. I remember being so ungodly frustrated. No pun intended this time. But frustrated I couldn’t take his pain for him. And this was before any of us were ‘officially’ anything.”

Tali smiled slightly remembering the talk that ensued after they returned to the material realm. So awkward but very lovely.

She looked around at the distant villagers that had no idea the danger of this world and shrugged.

“Maybe it will change in time but…correct. I do not fight for them.”

Tali looked closely at her mother and said softly. “I am so sorry he hurt you.”

Arya smiled gently listening to Tali talk of her Dragon. And she laughed at her daughters words about the people. At the latter the smile faded, a deadly glint shinning in her truly crazy eyes. But it was there and gone, softening again as she returned to being a mother.

She gave Tali’s hand a squeeze. “I am sorry, he hurt you.”

Tali caught that…unfamiliar look in her eye. It did not put her off, she’d already witnessed it that time in the mirror. That brutalized man on the table. She thought it was intriguing.

“You mentioned vengeance. So tell me, how would you do it? Honestly.” That last word she spoke was addressing that deadlier side of her.

An almost feral edge took hold of her smile. The mother vanished and the killer surfaced. The woman who had been hurt too many times, who decided to deal that pain upon worlds in return. “Slowly,” she said without hesitation. “Men such as Balgrum are arrogant. I would want to watch that emotion bled out of him until there was nothing left but fear. It is a… beautiful… thing to watch. Men like that crumble. He will be angry of course… but then… you will find that moment… that pain point… and you will press… and press… and you will learn exactly what he can take and you will watch him… break. Keep him there… in that moment. For as long as it pleases you. Make his death such a scar he carries it’s trauma in his soul for lifetimes.”

Tali’s head fell to the side while she listened. A ghost of a smile on her face as she listened. It felt…cathartic to listen to someone talk so openly about ‘that’. And it gave her many ideas that made the gears turn behind her eyes.

Finally, she said very simply. “I want to do that.”

“Then do not fear he might find you. Relish the thought, he might be so stupid as to put you in front of him. You know what he wants, you know what his capable of. He knows of you only what he thinks he does. Now ask yourself how accurate that picture is, and become gleeful again, daughter at all you’re going to show him.”

There was a very small giggle that escaped her before she spoke. “Mother he is stupid. Granted this took a bit of time, but did you know he actually trusted me? He and his cult flock. So much they had no idea about, like how I was a flight risk I was and had the nerve to actually try. Just, carried on training me. I really hope he was angry when I never came back. “

Amusement settled across Arya’s face as she listened. “I am unsurprised. Do not underestimate him daughter, fear him only enough it gives you, your edge, and fucking kill him.”

Smiled a bit and looked at her directly. A look of pure sincerity on her face. “I will. But not just for myself, for you and father. Hopefully one less trauma to carry when we all reincarnate.” Her last statement sounded lighthearted in tone, but also sounded more like a vow.

“So, are you going to show me how to melt his brain? Or is that just a perk of being an ‘older’ person.” Tali couldn’t help the sass, nor did she want to. “In exchange I’ll try and teach you any spell you want.”

Arya laughed outright. “Yes, daughter. I will teach you. These are lessons we can engage in, in your demiplane. Perhaps now, you should return to your elf and ensure her, you are not a lost cause.” There is lingering amusement in Arya’s eyes.

“Yes. She and I need to figure out what to do with our man. We’ll figure it out.” Tali stood up from the bench. “If you and um…Lexi? That’s it, Lexi. Are going to continue drinking there are many bottles hidden in the kitchen to find. Also a sobering tea in the pantry.”

“As the conversation has taken such a serious turn, I will await it’s conclusion and then yes, I will continue drinking.” Arya smiled and rested the side of her head against Tali’s. “You will be all right, daughter. And you will save this world. I have absolutely faith in that.”