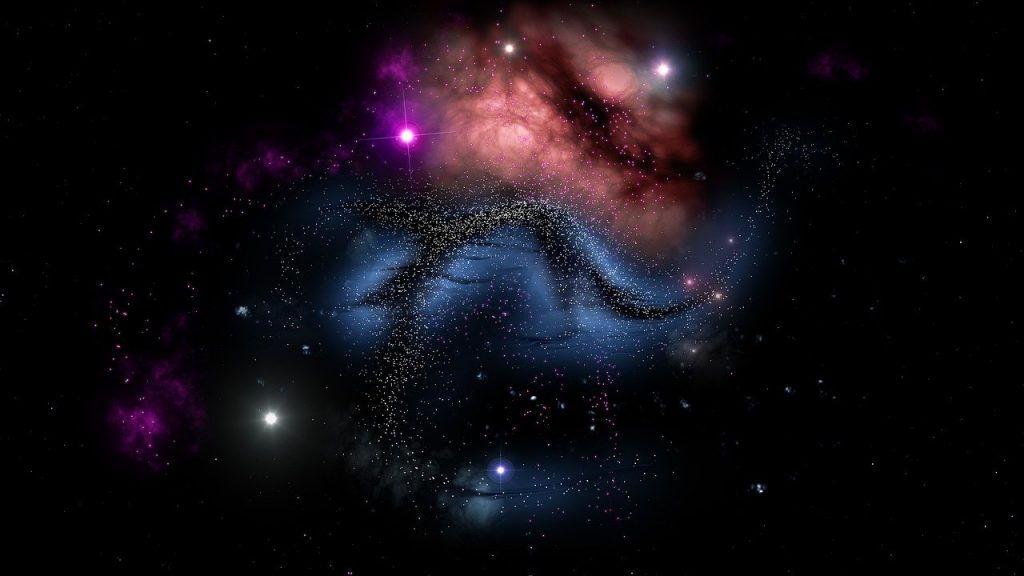 Evangaline stared at the ceiling of the spaceship from her place on the floor. The pieces of it where thrown together in a patchwork of rust and grime that seemed to fit how her mind felt right now. She had memories of her life on Earth and memories of poor Raicho. Little flashes of living with Cora morphed into moments of Raicho playing on the beach. It was painful in a way she wasn’t prepared to deal with right now. The numbness she’d grown accustomed to over the years was like a weighted blanket in the middle of an anxiety attack.

Seeing Cora, who was always like sunshine and warmth, having trouble remembering to even blink or breathe because she didn’t need to was one of the more painful parts of this new existence. Some of this current disassociation was her fault and she knew that. If Cora had ended her life in front of Evangaline that way, without warning and without even a hint that she could come back, ET wasn’t sure how she’d have reacted but it wouldn’t have been good. Considering her new electrifying abilities there was every chance she’d have lost control and hurt the others. Hurting Aria would have been a bonus but it wouldn’t have really done anything other than piss Aria off, that was something she was absolutely certain of.

The promise of there being a path she could take to help Cora get her human body back was like a horrible joke. Evangaline didn’t even know if Cora wanted it back and there was no time for them to talk about it. That wasn’t a choice she could make for her best friend. It would be the same as Aria using that fucking cypher on Raicho and Evangaline wasn’t perfect but she’d never take that choice from someone. This entire situation was like spinning in circles internally. They needed answers to be able to make choices but now with Zo’s information about everything they knew ending up in the Datasphere knowing the answers helped Aria too.

She remembered making the choice to forget something but she didn’t know what she’d forgotten and she couldn’t be sure that Aria didn’t already have whatever it was she’d chosen to forget. It had to be enough, for now, to know that the information was currently gone from the Datasphere. Carefully she partitioned off that thought path in her mind and buried it deep, placed it in the same spot in her mind as the night she’d decided emotions were to much to deal with. Whatever she’d forgotten needed to stay that way and she needed to make sure that she didn’t poke at it like she’d been doing with everything else since she woke in that horrible lab with the others.

The others. Dante was a mystery but not one she cared to solve. He had his own code and Evangaline didn’t need to know it. Seeing him with the griffin had been enough to set her mind at ease. He could be soft when it mattered.

Michael was fascinating, she had so much knowledge in her head but so many things were also new to her and it was fun getting to show her things. Telling her about the fish of this planet had been amazing and teaching her slang was oddly comforting because it brought a new facet to who the archangel was. It had made ET’s chest grow tight when Michael had told her she reminded her of Lucifer. It was obvious that the first angel meant as much to Michael as Cora meant to Evangaline so she knew it was high praise.

London was still London. When Cora had first introduced ET to London it had taken her a bit to get used to the other woman. Her mind worked fast and she could be a little arrogant but it was earned and honestly ET was sure it was a defense mechanism based on people always underestimating and questioning her. Evangaline had been relieved when she’d realized Cora and London were with her. She knew she couldn’t have done any of this without them.

John was loud and chaotic and more than Evangaline was prepared to deal with but he was helpful and he made sense to her because he avoided people and new situations almost as much as she did. Sometimes he got to be too much for her because his mind worked quickfire like London’s did but his impulse control was entirely broken. It made her feel guilty every time she shocked him but she wasn’t sure how else to break through to him because she preferred to avoid anything noisy and messy and she couldn’t just avoid him and let him do what he wanted. The fact that he was missing worried her more than she was letting on because normally she could trust that Michael would keep him safe and now he was alone. She hoped he was somewhere that wouldn’t hurt him. He’d obviously had enough of that in his life.

Cora, god seeing Cora in that body had painful. It was still Cora but there were things missing. Little humanities that weren’t there no matter how often Evangaline looked. Her pale blue eyes lighting up when ET would innocently hand her a butterscotch candy, the furrow in her brow when she was focused on working through a problem, that half smile she’d get when something small amused her. She was taller than Evangaline now and that was disconcerting because there had been so many times she’d pulled Cora off the counter in their apartment and grabbed something off the shelf for her in the same instance.

Some of that was Evangaline’s new body and wasn’t that a mind fuck. If she wasn’t hovering she had to look up at Cora. She had to remind herself to call her Coda now too. It was difficult because the only time she’d ever had to call her that was when they’d been raiding with their guild and were on coms. Now it was her best friends new name. Of course she hadn’t told Cora about what had happened on the beach before she’d ripped that bandaid off in front of the others. That stung a little even if there hadn’t really been time. The group was always together, always in some form of trouble. No time for private conversations or checking in with each other. Aria had taken even that level of connection from them. How could one person be so twisted?

The memory of her mother hitting that child flashed in her mind like a taunt. Reminding her that there was every chance she’d been involved in Aria’s insanity even in a secular way. She took a drag off the joint in her mouth and let the smoke fill her lungs, blew it out through her nose and pushed the emotions away. They weren’t useful right now and she needed some sort of calm to get her through this, even a false one. She wondered if anyone else would give up a memory and worried about both choices. Neither option was a perfect plan but with Aria there wasn’t time to come up with one. It was clear that people had tried that repeatedly without changing the status quo of this weird place.

Getting Zo and saving Ezekiel felt like a very small win but it was something. Having to kill Anna to get to them didn’t seem worth it but she’d killed those guards at the temple as well and she hadn’t stopped. Apparently that one instance in her life on Earth had defined her as a murderer. She inhaled the smoke again and pushed the thoughts away. There wasn’t time for this. There hadn’t been time for it at the Sanguine Inn either but everything was fresh and she’s needed some sort of release. Now it was back to pushing things away and taking them out later when she had the time. Normally her art would be how she got lost in her head, working through the tangle of problems and issues with each slide of the pen along her tablet.

Cora had come home from work more than once to see Evangaline in the same position she’d left her in that morning or the night before. Every time it happened Cora would just shake her head and threaten to go make food in the kitchen, and it had been a threat because she was skilled at a lot of things but food was not one of them. She burnt frozen pizzas even with a timer. At first it had horrified her but now it was one of those truths about Cora that just made ET smile. She needed to talk to Cora. That much was obvious. There wasn’t any certainty that they could go back to the life they’d had but if they could the choice had to be up to Cora, Evangaline couldn’t and wouldn’t take that from her. Even if it felt impossible she’d make time to find out what Cora wanted. If she wanted to continue on as a new type of life form that seemed to only be possible in this dark future or find a way to be human again.

Like everything else since they’d woken up each choice had consequences but was always a universal truth anyway. Choices and consequences spreading out in front of you in a seemingly unknowable path with so many branches it could be maddening. She took another inhale and pulled a new joint from the box that Chester had given her what felt like centuries ago, slid it into her mouth and let the lightning spark it. Another inhale, slower this time, less like an act of desperation and more like she had all the time in the world, she forced herself to believe that was true.

If she didn’t think about the questline they were approaching the end of she could give herself some time for side missions. Though for her, checking in with Cora was the main quest line. Cora had helped her reconnect with a life she’d been ghosting through. She’d done it selflessly because Cora just cared about people, her heart was an endless expanse of compassion and love and she gave it freely without a single thought, no hesitancy. It was easy to make her the priority. Yes putting a stop to Aria helped Cora, would keep her safe in a way that Evangaline hadn’t ever anticipated needing, but checking on Cora and making she she came out of this with a life she wanted to live was equally important and ET was determined to make it happen. Cora would do the same for her but that wasn’t why it mattered, it mattered because it was Cora. Choice and consequence.