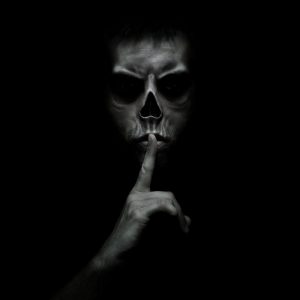 This shouldn’t be here. Not in a horizon walker temple.

Sariel stared at the massive Scranton Reality Stabilizer and the stone that was an artifact with increasing horror. The stone was the same as the one that held the gods and protected them from the cycle reset.

The stone and the stabilizer created the material plane, well several stones and stabilizers.

And she could turn them off.

The material plane would enter a slow death and the other planes would follow. Before she really knew what she was doing, Sariel was pacing. Her fingers in her hair trying to keep herself from flying apart.

Why did the horizon walkers have this? Why could they operate it? When did they play with people’s lives like this? How could they ever possibly switch the state…?

“What’s a horizon walker?” Sariel had asked Niall when she first met him.

He had smiled, and told her, “We are guardians of the horizon. We protect the planes and it’s inhabitants.”

Horizon walkers didn’t operate inside the lines, why would they… create the lines?

No, this wasn’t what it appeared. The furious pacing became increasingly erratic as her mind desperately reach for an answer. To explain, as she stole glances at the stabilizer and stone, why horizon walkers were wrapped up in the machinations of gods. Sariel shook her head again and again, as if the motion could dispel the dark conclusions.

No horizon walker would ever flip that switch. That wasn’t…that wasn’t what they stood for.

That wasn’t what she stood for.

Her uniform was starting to feel like it was choking her.

Sariel couldn’t find her calm as her words bit into Talithey. She couldn’t stop the hurt as Zildath yelled that he didn’t care. She couldn’t hide the anger when she heard what Take thought of her. And she started to lose her footing, her world shifting, as Nethrali told her to wait. Her words were failing her, she could see it in their eyes that they didn’t understand.

It wasn’t about their concern.

She needed an explanation.

There had to be a reason, any reason but the one staring her back at her in that room.

They thought she was upset because she couldn’t do tests? How could they look at that room and not see?

This wasn’t an experiment. It wasn’t research.

It was the end of everything.