Family Is So Annoying 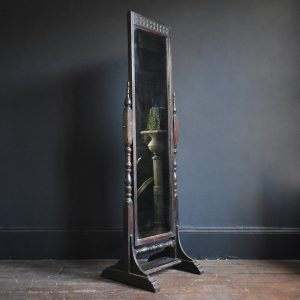 Thalassa’s dark golden fur glowed radiantly in the sun as she laid upon the large rocks in her Goddess’s demiplane. Sunbathing. Watching Tali from afar. Thalassa knew Tali had completely zoned out of the conversations they were having in the Material Plane. She had a tenacity to do that, Thalassa noticed. When things became too much and not enough, and her Goddess spread her thoughts too thinly over all of it. A perk to being a Guardian or Angel is that you could always tell what exactly is preoccupying your creator’s thoughts. But it’s always wise to give the space she needs to work it out herself. This time though…Well, the silver eyed fox heard everything. Thalassa would actually have to leave their comfortable position on the rock to help out. Tiresome. Tiresome but…They were concerned about the choices being made.

Thalassa internally sighed observing her Goddess’s behavior across the demiplane. Talithey stood in front of the ornate full length mirror, occasionally turning her back to it to pace around. Or walked on further to the little rocky stream to throw a stone into it. Thalassa watched her do this for a long while until Tali halted. She returned her full attention to the mirror and Thalassa could sense the Demiplane change in some way. Conjuring. She watched as the area around the mirror morphed and shifted to construct a small building around it. It was cute, she supposed. Thalassa felt other changes happening in the structure, but couldn’t quite feel what it was. A lazy yawn came out of the fox before it finally hopped off the rocks to go bother their God.

Only this group could spend time in a witches hut of all places and experience all that shit. The hut was just supposed to be a quick stop on the way to the Court. “Ugh, the Court.” But noooo, no that’s not how it went.  The whole day can be summed up with just one name. ‘John’.

And even before he sprung up out of thin air. The group brought up a valid point. What if we fail? Do we stay or go? Talithey’s heart hurt a bit to hear Sariel say she wanted to stay. Why could nothing be easy?

She didn’t want to tell them this but the idea of jumping ship and letting this world fall was…tempting.  There are days where they see the worst of the world while they try and save its life and she…she hated how she felt. She loved Zephys, of course she did but…This world broke apart herself and her family. And not just hers, she’s seen it break several others.

“Why is family so fucking stressful?”

At that thought her gaze returned to the mirror. That overlapped view didn’t reside there anymore and that annoyed her. She was thankful to that strange man John. He gave her a name to put to this…different version of her mother. Arya. Definitely not the same name Tali’s used to. But her face looks the same, her voice sounds the same but…”Why can’t I remember you?” Her reaction startled Tali. She never saw either of her parents act that way before. She seemed so…troubled, to put it mildly. It annoyed her so deeply when the image faded away from the mirror, Tali wondered if it was because she didn’t say anything back? She just stood there and watched until it disappeared. She damned herself for that but she felt…shocked. No words would come despite how much she wanted to speak out. And maybe she felt a  little hurt that she didn’t remember Tali. She shouldn’t feel hurt, After all Tali has no fucking idea how any of this works or how much of what John said is true. Tali also wondered if Arya could hear it each time her name was spoken or if it was just special circumstances thanks to Sariel’s magic.

Right now the image on the mirror is the same as always; the ridiculously blurry scenery of the Underdark and her family doing…whatever mission in it.

To rescue the prize

The more she thought about that situation the more scared she got. “Ugh.” Tali rubbed her temple. She had a blinding amount of questions, for both versions. She wants to help them both so much. But one version either won’t or can’t speak to her, and the other version doesn’t remember. But…maybe this version she just met would be willing to talk? She had to try something.

Tali thought the mirror needed a little more privacy. A small structure began taking shape in the style of a small greenhouse with tinted glass. The interior housed all edible herbs that Take taught them about. Yay for druidic approval.

Along with the plants lining the interior, Tali conjured an open book sitting on a table that contained quite literally everything John told them and what they asked to prompt his answers. Even keeping the things that were blindingly unnecessary, like his lovelife.  Those pages were marked as ‘Not important, but just in case’.

Tali wrote in her own pages describing what she saw in the mirror.

Planeswalker magic is so deeply confusing to her she didn’t know how she’d be even remotely helpful in this, but she’d try her best. She promised herself that if it didn’t work she’d go to Sariel for help.

She read the book several times before finally moving to stand in front of the mirror. “Please let this work. Please answer” Tali took a deep breath, mustering up her courage. “Ar-”

Thalassa’s dark golden body slipped through the crack in the door, sitting down in front of it. Tali about jumped out of her skin at her Guardian’s interruption. A few Elven curses later she turns and glares at Thalassa. “What? And would it kill you to actually make yourself known, Thalassa?”

“What were you doing?”

Talithey crossed her arms and shrugged. “I’m trying to get answers.”

The fox rested herself in a sphinx pose on the floor, looking less than happy. Silver eyes studying her Goddess’s carefully. “You plan to ask the succubus questions?”

Talithey rolled her eyes and sighed. “I don’t think she’s a succubus.”

“You don’t know that. You heard what John said.”

“Well, you don’t know that either. And yes, I heard what John had to say. He gave a lot of valuable information and even more to think about.”

“She’s dangerous, Talithey. Don’t call out to something you haven’t the slightest clue about. You can’t help them both AND this world. Besides, there are much better things for you to focus your attention on rather than someone who doesn’t remember you.”

Tali’s eyes narrowed on Thalassa. They disagreed about plenty before, but this is the first Tali’s ever felt how adamant her Angel was about something. “She’s my mother, they both are. Somehow.”

Thalassa knew what she was about to start, even so. Her silver eyes remained on Tali as she spoke. “She is not your mother, do not see her as such. Instead, see her as nothing but a cautionary tale of what you could be if you don’t get yourself together.”

Tali said nothing at first, just blinked a few times. Not really processing those words. She felt the rising anger in her chest and this is not at all what is needed now. How many Ascendants argue with their Angels like this? “What…in the Hells did you just say to me? How- I don’t know where this came from Thalassa but-“

“You were hurt by what the Wolf Lord said. But then..What was it you thought when you saw that man on the table? Oh let me thi- oh yes; maybe he deserved it? Isn’t that what you thought?”

“Did you see the rest of the room? She undoubtedly hurt others, did they deserve it too? Or how about you? Did all of those people you hurt deserve it?”

Tali shook her head. Keeping her voice low and even.  “That’s enough, just stop it. You know damn well I didn’t have a choice. “

“Of course I know. But there came a time when you started to enjoy it. You wanted to get stronger.”

“So it would all stop faster! I am not going to justify myself to you. Especially not to you.  I’m trying to come into my own. I’m trying to teach myself things they wouldn’t. Learn how to use it for me and only me. I’m not going to abuse my talents.

“You still use it for the Guild. You can’t be attempting this coming into your own power thing when you can still hear them goading you. When you plan to use those very talents to try and break Balgrim as he had you try and break others. I thought you didn’t want to be like him.”

And there is the line. Talithey just stared at Thalassa with icy eyes. She should banish her. She wanted to. If she were a worse person she absolutely should’ve. When Tali finally spoke after several long eerie moments, her voice sounded as cold as metal felt. “Get.Out.”

Thalassa’s ears went back against her head. “…Talithey.”

She couldn’t even look at her. She turned her back to Thalassa, keeping her eyes on the wall. Focusing on keeping the burn in her eyes at bay. “No, you’re done. You have some fucking gall saying… I don’t want to hear from you the rest of the day. Go.”

Thalassa lingered a moment in the room before getting up.

“I just want you to be careful. Our world is on borrowed time and you’re no good to it if you go down a path you can’t leave from.”

“Unlike before, I’m allowed to think for myself without being punished for it. I can make my own choices. Please go, Thalassa.”

The fox left.  Knowing full well that what they said was…out of place to say the least. Thalassa didn’t stay in the demiplane, she went out to visit Andraste and Hifras. Deciding on the way to them if she was going to snitch or not.

Tali suppressed the emotion in her face long enough for her Guardian to leave. Once alone, she closed the door to the greenhouse and locked it. She sat down on the floor, back against the door, bringing her knees to her chest and she let stray tears fall.

She always encouraged her Guardian to have freedom of expression, but still she created her. Does that mean there’s truth in what she said? That thought made the tears fall faster. She’s not that fucking dwarf and she refused to devote any more thought on the subject after that. That added on to everything was far too much right now. She’d talk to Thalassa about this later when her emotions weren’t at 10. She supposed if you needed to cry, a demiplane was the perfect place for it.

After a while she wiped at her eyes and glanced around the room, gaze falling on the mirror once again. Thalassa said she couldn’t help the both of them. Well, the Angel was going to watch her try.

“Should I try again now? I probably look like a mess. “ On the Material Plane they were still in the witch’s hut, and they still had traveling to do and more plotting. “Tomorrow night. I’ll try tomorrow night. She’ll either hear me or she won’t, it doesn’t hurt to try.”

She wiped her eyes once more and stood up. Refocusing back to herself on the Material Plane.