Talithey’s journal is a worn out but well loved book, multicolored stitches holding the spine together, old faded childlike doodles painted into the leather that she barely remembers doing and tiny charms tied to the stitches.

Many pages are written in a multi-language format, but Common very rarely makes an appearance. It consisted mostly in free wavy Auren or in fine Elvish cursive. She typically uses a rarer written form. Specifically used in High Elven settlements. Her father told her that the form was a bit too…royal. But she thought it was pretty. She didn’t think it mattered if it’s harder for some to read, it’s for her. Much later in the pages, Draconic would occasionally be peppered in for practice. Her handwriting for it is often a bit too wavy for the language but it’s legible. Same for her spoken Draconic, a bit too much of a Primordial accent. Celestial never makes an appearance in the book.

The journal also doubles as her spell-book and occasionally a place for poetry practice, but no one sees those. 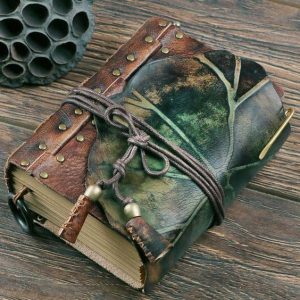 This journal is in ownership of one_ Talithey E. Keldrik._

Hey paper friend, I know, I have been slacking in my writing, a lot has happened so there’s much to fill you in on. I should probably backtrack to everything before getting home from the Chaos plane but…I need to talk about something else. It’s about the pack. Kind of. Some of the pack. Two of them. Ugh.

I have to critique myself for a moment, I’m a bard as you know, and…well more than that, I’m trained to notice things, but something I’ve always failed with is noticing my own feelings. They sneak upon me, you know? I don’t notice them until something happens and when that thing does happen I’m…I feel much. I don’t know if they know that.

I don’t know why I’m so embarrassed, no one is going to read this but me.

Okay it started like this, Zildath kissed me in the Planeswalker Temple and then he and Sariel did the cheek thing too in the demiplane then he got really really small and I’m still not sure how he did that, That was odd and then we just talked about it TODAY. I spoke to Sariel first actually. She tried to wingman me, it was…cute. But seriously though. She saddened me, if I’m perfectly honest. She didn’t understand how she could be wanted by anyone and that’s. That’s upsetting…I did not tell her this and I don’t currently plan to,, but I had this…’urge’. I wanted to say that I would like to make her feel wanted.. No one should feel unwanted. Sariel is beautiful and there is no word for how intelligent she is. She is difficult as well but that’s part of the appeal. Zildath also understands the appeal.

Ah, Scale baby. Yeah, I didn’t handle that conversation well either. At least I don’t think I did.

He apologized about it and …I hate it. I melted, completely melted. Hopefully he didn’t notice. I wanted to tell him not to be sorry and that I liked it. And that’s the truth. When he kissed me the first time I wasn’t mad at all when I realized what it meant. Maybe I should’ve been but I wasn’t. I was worried. I worried with his…’condition’ at the time he wouldn’t remember doing that or maybe it was a mistake and not intended for me. I would’ve been disappointed if it was a mistake. His clan didn’t value who he is. I do. But the three of us are…Well I don’t know what this is yet. Is it anything? What do you call an interest in people? A crush? Ew no. That’s childish. I’ve felt like this before, I should know, but I don’t. All I know is that the three of us should feel wanted.

“I’m unopposed.” What kind of bullshit response was that? Ugh, what’s wrong with me?

I’m rambling, paper friend, I’m sorry. Thalassia yelled at me this evening, I asked him if I should end any interest in this. Step away before something happens to them, like Aevis. He told me I was overthinking, in fact told me not to think. Just be in the moment and see what happens.