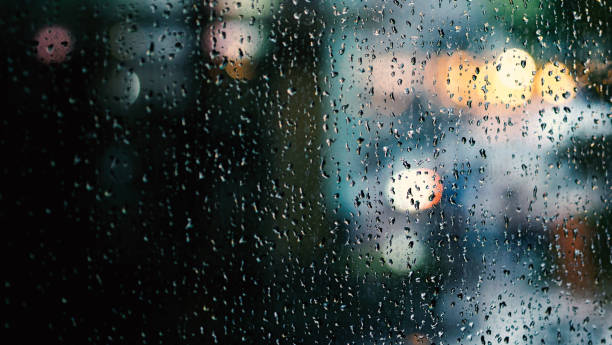 He couldn’t imagine the pain London was feeling, or the pain Eve would soon feel. Coda’s actions…It fucked him up, but then again, Coda wasn’t his oldest friend like she was to London and Eve. He had that with Michael, if she did something treacherous…No, that string of imagination was illegal to him. And there they stood in the rain, silently, as the SUV pulled away in the rainy dark and only themselves and the silence of the SVT building to keep them company. He reached out to London, he’s terrible with his words the best of times and didn’t always know how to comfort someone, but wanted to. Before he could put his hand on her shoulder, she walked away. He stood still out there a moment longer, both Lexi and Jordan look to be in shock or deep in thought. He sighed, drew himself up and ascended the steps into the entrance of the blacksite SVT building.

Dante barely heard Angelia or Michael. He strung together just enough energy to explain the situation, not enough to listen to anything else and quite frankly his head was full of things to think about, but it felt like the gears wouldn’t turn and he was fresh out of WD-40. As soon as they didn’t need his words anymore, he left to go home. He loved where he worked, he did, thankful to SVT, but being here in this present moment with everything going on was…far too much. He needed air. Needed to be at home. Just needs a private moment to sort himself out.

Goddamn they had so much to do. And those plans can’t change, not even with Arya out. They had to get to Lemuria somehow. The creation seed, the shard of her crystal.

When Dante arrived home he of course greeted Anerin, and went to get himself dried off. He walked home. He made tea and sat down on the couch, closing his eyes. He felt the depression in the couch cushion as Anerin jumped up and put his head in his lap.

Sometimes Dante felt like Dr. Dolittle with how he understood Anerin. It still felt strange to him, but he liked that they could speak. Though he supposed it wasn’t too weird of all things people could do on earth nowadays. Talking to a dog felt pretty minor. Especially since Anerin without a doubt is one of Dante’s best friends. God he did have a few of those now, did he?

For awhile they both were silent, listening to the rain outside, then Dante filled in his furry friend on everything that happened. Everything. All while his gaze settled on the wall that held his old metal sword-staff, it was held in a simplistic glass case mounted to the wall, the last time he used it was back in Seteri

It felt so long ago, but it hasn’t even been a year yet.

John is gone as well.

Was Coda gone too?

Dante’s gaze fell from his old favored weapon and down at his hands, his wrists. The horrible old scars.

She, who force him to watch as she killed Michael as he was bound in place. The chains that kept him dug into his skin and he could sometimes still hear the bones crack.

She, who had slain the Kalturo leader and countless others

She, who caused the rift now between himself and his son.

“But she’s sending him home.”

She, that woman he saw in that memory.

Dante knows himself, he knows that expression that gripped him in the memory. And it shocked him. The Lemuria version of himself cared for her as strongly as he cared for Ella at the time. He cared a lot.

Dante shot up suddenly, startling poor Anerin that was just vibing. Dante started aggressively pacing to and fro in the living room in front of the fireplace. He started venting out loud. “I told her, I told her in that fucking basement that if she got out I would not make it easy for her and WHAT DID I DO!? I let her walk. I let her just walk away. SHE WAS HANDCUFFED.” Dante angrily ran his hand through his hair, what angered him more is that it was hard to be angry about the situation. Her walking away from the SVTDC building felt…correct. Like she should. It also didn’t help that she said she’d send Shooter home. He was grateful for that. “Why the fuck should I feel GRATEFUL to her?”

“Because you learned some new bullshit about her, and it changes what you think. And you know…memories being taken from everyone sucks and you don’t know what to do with it.”

“Actually no, you know what you’ll do.”

“Do I?” Dante stopped his pacing to look at Anerin.

Anerin barked at. “Stop being a bitch and just say it.”

“You wanna help her.”

Dante resumed his ridiculous pacing. Ignoring Anerin. But his dear furry friend gave him those piercing dog eyes. And he gave off an air of smugness.

He was right. Anerin is right and Dante is so mad about it. There was so much he thought. Speculation, anxiety for future events, worry for the people he cared about and..confusion. Because now, every time he thinks of Arya, a woman that has caused so much harm, so much pain…He gets reminded that she suffers so much herself. And he felt horrible about it. And angry.

He hated the demiurge so much. Destroy everything they touch. They took Lemuria, they took Ruk..

A hatred was building inside him, but his own anger scared him, remembering what happened the last time he spoke in anger.

Why did they make her suffer so much? Was Eve not more guilty? Dante shook his head. No one deserved to suffer like that. He sighed and sat back down on the couch, holding his head in his hands. Anerin still staring holes into him. “Dante?”

Dante tilted his head up again and spoke up again, quieter this time. “If I can do anything good in this life, it’s going to be this. Yes, I want to help her, I truly do.”

“That’s…It just feels weird to hear that. After-”

Dante put his hand back on Anerin’s head. “I know. You know what I said in that memory? While I was running I said that we’d try again in a different life. I promised that. What kind of person would I be if I didn’t try?”

“Aww, Disgustingly honorable of you. You’ve gone soft.” Anerin’s voice dripped of sarcasm, but there was maybe a touch of pride. He’d definitely never tell Dante that he’s proud of him. “Do you think she’ll kill you?”

Dante shrugged. “I don’t know. It’s possible of course. Though I think it’s most likely that the demiurge will take me first.” Dante sighed, and looked out the window. His thoughts still spiraled endlessly. The thought of the demiurge still made him angry, but he felt…calmer, more confident. Confident that they would pay. When Dante spoke again it was barely above a whisper, and it was not directed to Anerin.

“I don’t know how yet, but we will find a way to make your existence as agonizing as all of her lives put together, and for all the lives you’ve taken with each planet…Well, London and Lexi are smart. They’ll find a way.”

Anerin looked at him like he was crazy. There were no more words exchanged. Just existence. Up until someone knocked on the front door to his house.