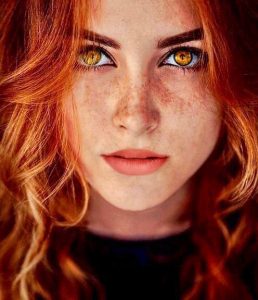 Michael looked up at Lucifer.

Well, the statue the Angels erected in his honor. It was a good likeness. Michael had never come to see it before now. Couldn’t bring herself to stare up at him, etched into the cold and unchanging stone, and realize that was all that was left of him.

Her hand moved and fisted in the clothing on her chest. A hoodie. Apparently they were still in style on earth. She wondered if Lucifer would laugh at the fact that she was wearing human clothing willingly. She leaned forward, going up on her tip toes, and pressed her forehead against his. The cool stone felt good against her forehead, but the pleasant feeling was only for a moment. Then the cold seeped into her being, and it didn’t seem to leave.

She was whole again, but with that completeness came…Michael thought of the life her fragmented soul had lived. Chaotic and unstable as it had been, many memories haunted her. One was of a small human, called E.T., shouting that she didn’t want her to remember her past lives because she was afraid for her.

Michael didn’t know how long she stayed like that, letting the memories of her fragmented life play like human movies. She swallowed down the emotion that threatened to choke her and whispered, quiet and soft, so at odds with how most of the worlds saw her. “I kept my promise.”

But in this moment, she wasn’t the legend. She was simply Michael.

You are brighter than the morning star, my friend.

His last words in this world…and they had been for her.

“Someone thinks I shine brighter than you.” Michael’s lips twitched like she wanted to smile. “I aim to prove them right. I wish you were here to see it.”

She finally pulled her forehead away from his and her eyes searched the cold and motionless stone once more. Michael wasn’t sure what she was looking for, but after a moment, she realized that she wouldn’t find it here.

Michael pressed her lips to the shell of the great love of her very existence and whispered, “In this life or the next.”