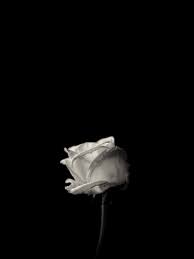 “The worm.” Michael muttered and rubbed her hands over her face. “Cursed brimstone, parasites.”

Michael’s eyes opened and she pulled her hands from her face so she could glare down at them, and the string of black that was moving over her knuckles. Shading her hands in awful looking bruises that held no pain. “You look like a worm. Almost like the creatures on –”

Michael stilled, “Is that where you’re from, worm?”

No. Your memories are my memories.

Michael fell silent as she considered this. This planet was so foreign and yet in some ways eerily familiar.  “Why are you choosing now to communicate with me?”

Are you kidding? After all the racket you were making?

She frowned at that as she tried to place that word, “Racket…” She got the distinct feeling that her worm was sighing dramatically.

Michael’s brow furrowed at that, perhaps a little embarrassed but not enough to apologize to the worms that were infesting her body. She ran a hand through her hair. Her fingers getting tangled in the red strands.

Ezekiel is not Uriel.

Michael’s fingers fell from her hair, and landed in her lap, as she closed her eyes briefly. The memories of Uriel flashing in vivid color in her mind. The last time she had seen Uriel, her friend had tried to kill her. Not something that was usual during the civil war, but…it was the only time that Michael had believed her friend possess the cold heart to accomplish it. She remembered Uriel’s face, twisted in utter rage, as Michael had once again refused to choose. To pick a side.

Anyone can see that, kid.

That little bundle of joy and light is nothing like Uriel.

He would never turn on the humans.

No matter how much he grew to hate them.

Michael rose from the bed, and walked over to the window, watching the scenery. She needed the distraction from the conversation that was going on in her head. When she didn’t respond, the worm continued.

Uriel‘s path was and is set.

You love her too much to see the finality of it.

Michael squeezed her eyes shut, “No.” An utter denial of the path that would take her friend’s life. She smirked, but the expression held no humor, the path that could have already taken her life. The one word would have been enough to scare a lesser creature into silence, but not this worm. Not this Traveler.

You did everything you could to stop the war, Michael.

“If I had, there would have been no war.” Her voice was quiet with remorse, as if she truly believed that she had failed her people.

You pushed yourself so far past any boundary of endurance.

You almost killed yourself trying to bring peace, Gabriel along with you.

How many times did the two of you almost die in the name of peace?

But some things cannot be avoided, and that was one of them.

Michael looked away from the window that was not distracting enough for the daggers this worm was tossing her way  She shook her head. “You don’t understand.”

I am older than you.

I have seen more lives and memories than you.

And that’s saying something because your soul is fucking old.

You can sense the truth in my words.

Don’t be an idiot, Archangel. It doesn’t look good on you.

Michael moved away from the window and sat down on the edge of the bed, “Sometimes you speak like an Angel and others like a humans. It’s confusing.”

I know the languages of my hosts past and present, and you know a ton of languages.

I have much to choose from.

She laid back on the pillows, staring up at the ceiling. Her red hair fanning out behind her like a fiery halo.

Ezekiel will protect them with his life.

He’s is a great warrior.

Michael’s jaw tensed as she remembered her nightmare with Ezekiel’s empty eyes staring back at her. “That’s what I’m afraid of.” She admitted.  “He is still a child.”

So were you when the worlds started to fall.

“I want something different for him.” Michael said quietly, “I want him to know happiness.”

There was silence following her statement, it stretched on to the point that Michael wondered if that was the end of this strange conversation.

What you said to him before you left was good advice.

There may be few Angels left and he will need to know how to choose his own way.

You will not always be there.

Michael pursed her lips, like she found the conversation unsettling. She took a small breath and exhaled slowly. “It is odd to speak of such things, you know too much of my thoughts.”

I’m very picky about my hosts.

Many I would sooner eat than call them home.

Michael arched an eyebrow at that, “How did my human find you? How did she avoid getting eaten?”

You distinguish yourself from your past lives.

You call her ‘your human’.

And you both were the first people.

And it is the soul that I judge you on.

Her conversation with Regan teased her mind. She may have finally found someone that knew her human well. “My human. You have her memories”

I have your memories.

“What was her name?” And again, Michael felt it. Annoyance.

Your name …was Rose.

“Rose.” Michael tested the name on her lips and then scoffed, “She was named after a piece of earth foliage? How unfortunate for her.”

A necklace that was past down through your family had the flower etched on it.

You wore it, as all the woman in your line before you wore it.

Michael reached up and touched her neck, there was no necklace there. She wondered what had happened to it. Her eyes unfocused as she remember Aria slitting her throat. Oh. Her brow furrowed, and she felt…a kind of sadness, she supposed.

Your mother loved the tales of earth her grandmother told her as a child.

Stories that were passed down through generations.

Stories of Lucifer and Gabriel.

Ironically, your mother didn’t realize that her daughter was the Michael.

That you were the soul that did all those fantastical things.

Against her will, Michael felt the smile pulling at the corner of her mouth. How ironic indeed.

You were a bit of a loner.

I guessed that it was because you lost much in your previous life.

You pulled away from all others.

Expect one, who wouldn’t let you.

Yes, but his name was different.

So, you can imagine, when you remembered Gabriel, what a shock that was.

Someone who made sure she had as few connections as possible, suddenly feeling all of that.

Just like Dante, in the wake of remembering his child, didn’t stand a chance.

Your paths were set.

Michael looked down at her delicate human fingers, touching the arch of her middle finger, “She was brave.”

If you are down, you are out.

And if you are out, you cannot fight.

You can do nothing for Gabriel. You will not find Lucifer.  You will never see Lilith again. Nothing for the humans.

You will be useless. Unable to stop Aria.

Michael closed her eyes, her fingers curling into a fist at her side. Gabriel’s, Lilith’s, and Lucifer’s smiling faces flashed behind her closed eyes. Whatever the cost. She would fight. “Why help me?”

Because I am a traveler.