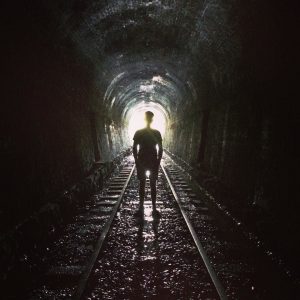 Souls were passing on. But…there were too many. A mass of souls leaving this life for the next one. It was a sudden horrifying shout in her mind. All of them crying out at once, only to be suddenly silenced.

Crying out for someone to save them…

The ground cracked under her feet as she landed in front of the Kalturo base. Her eyes lifted and her next breath refused to come. Trapped inside her, as if she could refuse the next moment simply by not acknowledging her next breath.

The bodies were strewn over the ground like forgotten dolls a child has moved on from. The bodies littered with gashes, with burns, some with missing limbs. She felt herself breaking, felt the first crack as she saw Avie’s accusing glare staring up at her, frozen in death.

“No…” The denial breathed past Michael’s lips pulling her into the moment as she realized these wounds could only be from ….

“You were right, Michael.” She slowly closed her eyes, like his words were a blow she desperately wished to avoid. Ezekiel moved down the steps of the base, his booted feet making soft noises against the stone, so at odds with the violence around them. His angelic face was covered in blood, it soaked his clothes and dripped from the edge of his sword.

“I did as you asked. I learned of those we protect.” His voice was quiet, respectful, as if he was reporting his findings to his superior. He picked his way among the bodies, his footfalls barely heard over the discordant rhythm of Michael’s heartbeat.

Ezekiel’s face was grim, sad almost, as he imparted his insights to her, “Lucifer was wrong.” His arms spread wide to encompass the bodies. Michael’s gaze followed the gesture, her eyes landed on a body covering a smaller one. Michael’s eyes widen in horror as she saw the tiny mechanical spider, black from Angel sight.

“They were a disease and I finally found the cure.” Ezekiel continued on, his gaze moving to the pair of bodies that Michael had yet to look away from. The blood that dripped from his sword set an eerie beat that matched the pulse of the blood pumping through her veins.

Michael’s slender fingers curled into a fist, her knuckles white.

Oran was in her hand before she registered reaching for her blade. Tears, she didn’t realize she was crying, streaming down her face. Michael’s hand reached out and gripped Ezekiel’s shoulder, squeezing tightly, in an awful parody of the gesture before she left for Pluto.

You do this because Lucifer ordered you to. But, it has to be for you, Ezekiel. It has to be your choice to protect them.

In the next moment, his body jerked. Ezekiel’s eyes were wide with confusion as she buried her blade in his chest. He looked down between them and understanding came slowly to his features. Oran was wet with the blood of her kind, with the broken pieces of her vow to never take the life of an Angel.

With the blood of her friend. Of her protégé.

Ezekiel’s childlike gaze slowly moved back to hers, “Why?”

Michael broke through the last remnants of sleep, her body snapping up in the bed as her eyes looked around wildly, casting glowing white light around the small room. Her hair stuck to the side of her face as her chest rose and fell harshly, unable to get enough air into her burning lungs.

She was on the airship. They …they were on their way to Pluto.

Michael closed her eyes but the feeling wouldn’t leave her. Ezekiel’s face was frozen in her mind as his last breath rattled out of his chest. Her fingers moved into her hair as she bent forward, her nails digging in her scalp, as if she had hoped to rip that image from her mind.

She fought to steady her breaths, her eyes squeezing shut as she struggled to find her center…

Michael opened her mouth in a silent scream.

And yet…the sound of it echoed through her soul. Through her past lives.

Until her entire being was shattering in an earsplitting symphony.

Michael breathed out roughly, that breath catching in her chest, when she realized she wasn’t alone. The next inhale was steadier despite the pounding in her head. Her body trembled once as she ruthlessly found her center, not lifting her head until she was sure her breathing was steady.

Can you hear me or not, Ms. High and Mighty?

Michael lifted her head and stilled when she realized she was still alone. She sighed, her hands falling from their death grip on her hair as she muttered, “Must of caught some human cold or something…”

I am NOT the common cold, what a way to insult a guy.

No, dear Archangel. I’m a gift.

“A gift?” Michael looked down at her hand, seeing the living bruise underneath her skin moving restlessly. The pounding in her head ceased and the frantic movements of the worm along her forearm slowed.

One that you’ve inherited from your human life.