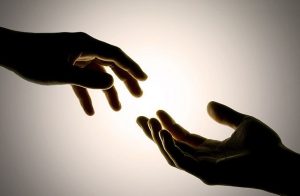 The memories of another life.

Michael’s eyes were unfocused as she gazed out of the glass that human’s called ‘windows’. She sighed, resting her chin on knuckles, letting her mind wander.

“What would you say now, Lucifer?” Michael smirked. “I was one of the first people. The people you were so fascinated with, and you had one standing next to you through it all. Are you laughing?”

Her smile slowly faded, “I’m angry with you.” She admitted barely above a whisper, “It’s not fair, because you are gone and there is no outlet for my ire.” Her eyes dropped from the sky that passed her by to the delicate arch of her fingers, and wondered what other types of lives she led.

Michael wanted to know about her human. Unfortunately, there weren’t many sources of information. Regan knew just as little about her as he did about leading souls. Typical for human command. How disappointing.  He knew nothing that mattered, because to him, his soldiers were tools. On Heven, all warriors were valued. Commanders took the time to know their names, their families, and their abilities. Because without the whole picture, mistakes could be made. Angels did not tolerate mistakes. But her human didn’t seem to have close ties with anyone in the Kalturo.

Well, except for Dante.

Michael sensed that Regan cared for Dante. There was a …begrudging respect there and…jealously? It was difficult to tell why humans would covet such things. Michael took a small breath, perhaps she knew all she needed to know about her human. Michael knew that her human was sick, and rather than living out the remainder of her life in peace…. she infected herself with a worm. The parasite moved beneath her skin like a living bruise.

Her human was a true warrior.

One who saw Gabriel and risked everything to save him. Her fingers curled into a fist and the blackness under her skin moved over her knuckles and stayed there, as if it too was ready for battle. It seemed no matter what life she lived, she was destined to fight. Michael wondered if she knew how to do anything else. Did she fight in her first life? Has she had been fighting for her entire existence? Maybe that’s why she couldn’t stop. Maybe that’s why her peace was always fleeting.

….because you know everything, Michael.

Michael had felt her own anger rise but it passed her by, as if it was trapped under still waters. Another layer to how the humans perceived her. Michael’s expression grew grim as the scenery changed. She felt more lost now than she could remember feeling since Lucifer fell.  ET’s angry face flashed behind her eyes. It concerned her that possibly ET was more like Uriel. Michael’s eyes dropped, she didn’t have the words to reach her friend back then and she wondered if she failed to reach ET as well. But perhaps, ET did not want a friend. Michael sighed, it could be ET saw only the mission and did not want to trouble themselves with ideas of comrades or friends.

Michael may be in a human body, but her soul was Angel.

Anyone who travels to Pluto does not return.

Her last memory of Ezekiel teased the edge of her mind. The young warrior standing before her, tentative but sure in the path before him. He could have made the difference for them on Pluto, especially if it was as dangerous as the Kalturo believed. But … Michael couldn’t be the one to lead him to his death.

She was no longer the leader of armies…

… and she refused to be the shepherd for his death.

Michael’s mind had brushed Ezekiel’s in a final parting, letting him understand all the things she wished to tell him, but did not have the eloquent words for. Her jaw tensed with emotion. If they failed, Ezekiel would be the last line of defense for these humans. She closed her eyes and silently vowed that they would succeed on Pluto. She wanted a different path for Ezekiel.

Michael took another breath, but it did nothing to bring the peace she had hoped for. An image of C smiling at her threaten to pull her from her melancholy.

She moved to looked out the window once again, resting her forehead against the cool glass.  “Is Gabriel with you, Lucifer? Is Lilith?” Her voice was soft and quiet as if she feared the answer to the question there was no one to hear. Michael wondered if Gabriel’s soul was lost still. If he couldn’t move on to his next life. Trapped. She grit her teeth against the possibility. What happened on earth? Did she save him before she died? Did Lilith survive? The questions haunted her. Michael reached out to Gabriel and Lilith again, those delicate human fingers curling into a fist.

And again, she felt nothing.