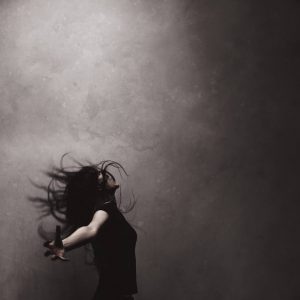 It was the journey your soul took.

Sometimes it could be changed.

Sometimes it was the way.

Aria wanted John because he could fix the portals to earth. Michael could tell that John was special. That he was a kind of genius that did not happen often throughout the centuries. Michael’s eyes focused in on him as he spoke, and she saw his path stretched out before him. John didn’t realize it yet but he had…great power in this moment.

He could change the path.

“What’s going on with you?”

His question pulled her out of her thoughts. A question for a question. As they spoke about inner conflict, about Lucifer, about humanity…she thought about telling him other things.

Other things that were true…

…but dangerous. And she feared what saying them out loud would mean.

I’m so tired, Noodle Human. I feel it in these human bones. I feel it…in my soul.

I miss my home.

I miss my family.

I miss Lilith. I miss Gabriel. I fear their dead, John. That they died alone. It’s stealing my mind and killing me from the inside out.

I don’t know—. I don’t know if I can protect your kind. The thought drifted into her mind, slipping under her defenses. To hit her where it would hurt the most.

But instead what came out was, “It would be better if Lucifer was here.” For them, for humanity, but she was the ideal choice for Aria.

There was a specific reason that Lucifer was not sitting across from John, guiding him down the path.  Lucifer knew more, he saw more, but he was dangerous. Michael, however, was the easier target in Aria’s eyes.

Maybe she was an easy target.

Because Michael knew, deep down, that she wasn’t the one to change the path. Just as she saw the path laid out for that child in their last moments, the finality of it, Michael saw her own path. She was the child in the street in front of a car…staring down the end of everything she knew.

It was the journey your soul took.

The Kalturo only saw her and the others in terms of what they could do for them. They didn’t care about what happened to them, as soon as they became inconvenient, they turned on them.

Michael wasn’t expecting Avie’s words to cut as deeply as they did, leaving exposed pieces of her. He was a joke and his punch line was biting. His kind easily deceived. One senses the past in his words, and listens. But in the end, his understanding is an illusion. The ultimate manipulation.

Typical. The hatred in that one word surprised her as she spat it at the older human.

Sometimes it could be changed.

The child had old eyes. Too old for his young face. Michael watched John and the little human, and she felt a small smile pull at the corner of her mouth.

Guiding them down the the path.

Angels could be more than war.

This was peace. Michael hoped she could hold onto it, even just for a moment longer.

Sometimes it was the way.

Everything Michael did after the liberation of earth was built on a promise.

A promise to a ghost.

A ghost who now refused that vow.

As if Michael hadn’t spent a decade upholding it and protecting humanity. As if she hadn’t tried over and over to bring peace to her people and the humans. Tried and failed, because she wasn’t Lucifer.

Because she didn’t have the eloquent words to touch their hearts.

John’s hand touched hers over the knife and his voice cut through her thoughts, and Michael’s eyes widened,