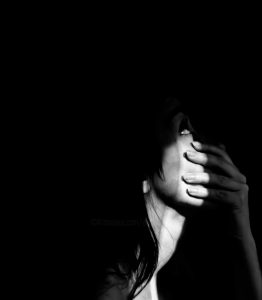 Michael wasn’t one to flinch from her duty.

This wasn’t the first time she was asked to sacrifice. To give up something precious to her.

And it wouldn’t be the last.

The memory was fuzzy.

…But it was there.

And if it was there, then Aria could see it in the data sphere. Even blurry, it may be enough to get what she wanted.

Aria could not get what she wanted. Michael would not allow it.

The memory wouldn’t be gone, she told herself. It would just be buried.

Buried deep with all the other unpleasant things.

It would be painful to get it back. But Michael wasn’t afraid of pain. Pain was familiar.

Michael stared at the device. The emotions she felt came and went, like a train passing through a station without stopping. She felt the sadness, she felt the bone tiredness, and she felt the resignation. Before where the emotion would have taken pieces of her, now, she felt them, but let them go.

Ezekiel wasn’t helpful. She supposed she wanted someone to tell her not to do it. That she didn’t have to. That it didn’t have to always be her.

But it had to be her.

It was her memory that was dangerous. The holons. What Aria had brought her back for.

Michael thought of her humans, of Ezekiel, and of Dio. Of everyone who believed in her.

She took a deep breath and put the device on her head, and she thought about it. She thought about the cave and Lucifer. He was laughing at something she said. The sound echoed in radiating sadness in her heart. She missed him. She missed home. She was tired of being alone. She was… tired, just tired. They walked down the cavern and she remembered more than she thought she had.

Michael sighed, using the device was the right choice in the end. But just as she felt the rightness of her decision, pain shot up into the base of her skull that made her wince.

No. It wasn’t supposed to hurt. This was wrong.

…And then she felt it. Felt it with a certainty that made her stomach hallow out.

With the memory she wanted to bury, the device took something else.

Michael saw a memory of Lucifer, one of when they were very young. He crouched down in front of her, his had moving to her shoulder. He had gentle eyes. The healing force of his power closed her wounds as the one she gave him set a steady glowing pace down the column of his throat, soaking his collar. He healed her, his opponent, before himself.

A small smile pulled at the corner of Lucifer’s mouth, “You are more than this, Michael.”

But then the memory was suddenly gone before it even really began.

Oh Heven.  What where they doing? What were they saying?

Michael ripped the device off.

But it was too late. She felt the shift, as if everything inside her had slid to the left.

“No…” Michael whispered, and her voice sounded broken. She couldn’t help but feel the consequences of this were larger than what she even grasped in that moment.  But it was just for a moment, just a moment that she allowed herself to feel that loss. Michael felt the tears fall down over her cheeks. Ezekiel’s hand on her shoulder somehow made it worse and better at the same time. She wasn’t alone. She had Ezekiel.

Michael prayed that the memory was just buried. That it wasn’t gone.

She took a breath, her hand giving Ezekiel’s a squeeze before she let go and stood up. Michael thrust the cursed device into the hallway, not looking up when ET came over. Michael wasn’t sure if she was hiding the emotions that were passing her by or if she was hiding the fact that they passed her by. Once the device was out of her hands, Michael immediately shut the door. She was so angry. A familiar hate burned anew in her chest. And it made her tired. Tired of everything being so hard. So fucking tired of it all. But like the rest, it came and … went.

“That was his way.” Ezekiel’s words reminded Michael of a time when she felt young. To believe so strongly in something.

Harmony between all creatures. Celebrating their differences and similarities. His way, that should have been their way.

Lucifer loved all creatures, even the Anunaki. He had tried to save them. He felt grief at the necessity of their deaths.

Michael didn’t mourn the Anunaki. She didn’t mind killing them.

She wondered… if she would mind killing humans.

I release you from this promise. It has to be for you, Michael.

If it was for her…

…would she still protect them?