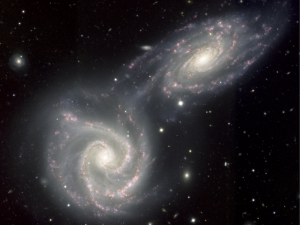 Time was just blurring together for this day. This one day felt like several.

Talithey was the first to walk away from the group after they concluded their lengthy morel debate. The choice between taking advantage of the quiet temple to possibly save the prisoners or, go back to defend the fort. Civilians and those poor baby fighters. Their odds of survival were higher with the fort, in her opinion. She wished she cared more about either of the situations. Well, that’s not quite true. She did care, the people of the Githzerei were honestly the kindest most accommodating people she’d ever met. It was just hard sometimes to empathize with other people if they weren’t within her inner circle, but shes trying. just…Its just been a day. Its been an incredibly strange day.

She kept her lead in front of the group and made sure the others fell into their respective walking patterns. Once satisfied, she covertly wrapped her left hand over her right forearm, wincing at the touch. She hadn’t noticed this during her outburst but her spell had been slowly etching electrical burns into her skin. She noticed when they were debating the situation but her pride was not going to let her heal it then. she felt like damn amateur for letting it do that. She sighed while letting the faint glow of Healing Word illuminate her hand. The magic was quick to alleviate the burns.

She moved over more fabric of the cloak to conceal the glow, but as she look down at the cloak draped around her, one word escaped her before she could stop it

He gave me this to help me. He wanted to…save me? The same man that killed me…saved me?

He put his hands on my violin, he touched Darilium. How could he have known about him? How often has he just ‘shown up’?

Then she remember the pristine wine bottle that was left out for them to find.

I promise to find you where ever you go.

She shuddered hard at the echoed words in her mind, but gritted her teeth and thought, No, you will not. We’ll just see about that.

She took steadying breath to try and clear her head, right now it felt like trudging through mud.

I made a mistake, I thought since I wasn’t in a city I was safe, I thought nothing of the Guilds existence in the Wildlands, let alone this whole other plane-Wait…No. No, you made a mistake! It wasn’t me. Your obsession making you save me was your mistake. You showed me what you’re capable of and I will fight it. I’ll fight it!

She randomly looked down to her hands to see them gently trembling in rhythm with the worried energy now building in her chest. She was hoping to avoid this thought but it intruded nonetheless.

Are the others going to think I’m crazy? Did Nethrali believe me? Or did she just misunderstand? Did I not clearly explain? Is that why she didn’t seem too…Fuck, He was only a wall or two away from me.

She said that the amulet doesn’t have the kind of magic in it that would give him the ability to travel to limbo freely. Yes, but it was put on me for a reason. I have to tell the others this happened, and about the glowing necklace. Can I convince Nethrali to just ditch the amulet? Surely she wouldn’t still insist on keeping it.

I worked far too hard for my freedom, and I mean to keep it. And rest assured there is no way in the Nine Hells I will let an old amulet of a decrepit wannbe god of death compromise us. I don’t know how you got it or what you’re doing, but I vowed to mother to do whatever it took to ruin you.

If I truly do ascend, I was tear the whole of your soul asunder

That was truly her fear. She hates that there are these people she cares about. This pack that she loves, she hated it because friends that came before them have been taken away from her and didn’t want the same to happen now. But what if they won’t be rid of it?

Should I run? I would never want to leave them, but… refuse to believe this is an overreaction on my part. I’m tired.

She jumped a little and halted her walking at the sudden break of silence that came from Zildath.

“…What?” Assuming the worst, her hand instinctively rests on the hilt of her sword. Ready for whatever may come.