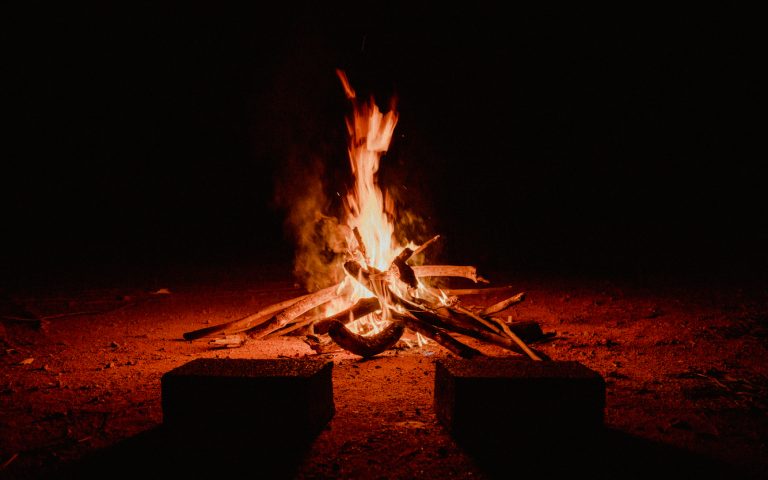 Does he know where I am? Is he able to just track me? I’m not overreacting am I? Talithey while either in the midst of conversation or listening to the banter around, kept letting her eyes drift down to the pristine wine bottle sitting in front of the fire. Maybe she was overreacting to its random presence. Tâke checked for traces of poison and magic. No poison, a tiny trace of magic on the bottle but it was like that for the rest of us. Zildath sensed no fiend in the immediately area. Rules something out at the very least.  It’s fine right now. It probably just fell through with us. Even with that creepy wannabe fortress of ‘our’ fort just over there, everything is fine. It’s fine.

Do not worry, my Sparrow. I promise to find you wherever you may go.

A small shiver went up her spine when she remembered those words that had been uttered to her several times before. He wasn’t wrong though. She was so careful when she escaped them, covered her tracks, used what they taught her against them, even occasionally truly embracing their teachings for her own survival. She thought she was safe when she arrived in Ecrin. But she tries not to think about that. But even so, if he found her then, who’s to say he hasn’t found her again now. Especially now actually. Hags, moldy druids, worst of all, new people. As she thought harder about him she could feel that annoying nervous tick starting. Looking down at her shaking hands, she tucked them closer to her, subtly balling them into fists to make them stop.

One day you will be used to this and that won’t happen anymore. Now concentrate.

She just gently sighs to herself. Its a cold night anyway, it probably just looks like shes warming her hands. To distract herself from her thoughts she instead starts to listen and pay attention to this wonderfully amusing snark battle between Sariel and Nethrali. They should just kiss and get it over with already. She giggled. She truly did care very much for this strangely put together group she found herself in just over a month ago. It seemed longer to her. Besides the newcomer, she cared strongly for them, each one for a different reason. Even when strong differences sometimes collided. I don’t know Sariel, but already her snark has more fierceness than any sword I’ve seen and doesn’t ‘seem’ to be birthed from anger or bitterness. This should be quite fun. I hope she sasses Devlin too. Fucking sunshine lion boy. Should I think about teaching her Vicious Mockery? No, best not.

Gods above, I’m so sore. She was thinking as she lowered herself down into her bedroll The poor dragon got me good. I’m not angry with it though, not at all. Its not its fault, it tried so hard to stop. I keep trying to remember, how did I killed it? I know its wing came down and everything went black. From her place in camp she eyed Zildath as he did his patrol around the perimeter. Maybe I’ll ask again in the morning. I hope he’s doing alright, not getting the answers you need is…difficult to say the least. She knew it didn’t make a lot of sense, but every time she lied back in her bedroll after the end of either a long travel day, or a long day of battle, gazing up into the open starry sky was always comforting, as well as the occasional wind that moved through the area. A little icy with the season, but comforting all the same. More so than any solitude the walls of a private inn room could give. Even the room she has on Ressi. I wonder if Brim is still on the boat.

The dream she had…Probably the most bittersweet thing shes ever experienced.  On the one hand she needed that dream, very much so. She needed to see her mother again and know she was alright in the afterlife and not about to be cast adrift in the nothingness of a lost demiplane. It was the most loved she had felt in a very long time. Maybe she felt it once during her time at the guild, but whether that particular time was love, she honestly didn’t know. On the other hand…her mind can’t fathom what her mother told her. That warning, their home…The Senator and Balgrim, and what book were they looking for? She almost wishes Tâke hadn’t woken her up just yet.

“I…So everything was fine? No coven? No…mysterious wine bottles?” Talithey questioned with a forced nonchalance in her tone.

“No, nothing.” Tâke with her enthusiastic pitch as she jumped back into her direwolf form to go lay herself back into Sarial’s lap. Talithey raised herself up off her bedroll, bringing her knees to her chest. Reaching over and taking hold of her knife, gripping it tightly as she made herself still. Should I tell them? Ugh. She could always see in the dark. But even still, she was thankful the sun would be on the rise soon. She took a shaken deep breath of fresh dawn air and tried to gather her thoughts together. He took them from me. Did he know? I worked for the man that took my family away. He probably fucking planted the purge idea into the Senator’s head. What book were they looking for? Why was it in the farmlands of all places? He killed them… It took much of her discipline to not allow a small cry to escape her. Breathing again, her eyes start drifting around the campsite at her friends. I’m on watch, focus! I couldn’t protect mother and father but I can protect them. I’m stronger now…what if he takes them too? No, they’re all strong too and incredibly stubborn. He will not. I won’t let him. I would die again before I let that happen.

She stood up and silently went over to where the fire once flickered, now just dull embers. Goddamnit, stop it. Her now harshly trembling hands made the task of gingerly coaxing the embers back to life more difficult than it needed to be. Crouched in front of the fire is where she stayed until people started stirring awake. She used the quiet time in the morning to try and keep her unraveling threads together. I will do as I promised. I will be ready, I will keep fighting. But right now I…

I’ll do what I must. Whatever it takes.