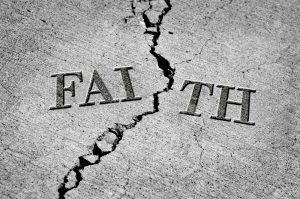 Zildath was no stranger to the power of words. His clan called him plenty. Even some of the children at the monastery had something to say until Zildath used his fists to stop those words coming from their mouths. No one came to his defense, and any fight he lost was used as a lesson to make him fight better. Everything there had been earned, except their faith in their god. That had been freely, blindly, given.

Knowing the power that words held, Zildath was not prepared for the way the world tilted when the Asura (fallen angel) spoke the name of the Goddess she betrayed to warn them that the Convergence was a trap.

Fury came to life inside of him, making his throat muscles twitch with his urge to breathe his anger into the air.

Sarenrae was the Goddess of everything good. She was old, and supposedly kind. So many worshiped her, devoted their lives to her goodness and tried to follow her example.

And it was a lie. She was somehow involved in whatever was hurting the “lowly” people on Zephys.

Wionna, the asura, risked her life to warn them. Zildath could still smell the stench of her corpse, see in his minds eye the way the fire burned away her flesh, the marks on her back where her wings once stood.

How dare she, Zildath thought as they buried Wionna’s body. How dare Sarenrae turn against those who devoted themselves to her.

His thoughts as they mounted their horses and rode away, become even more conflicted. He pushed them aside, instead focusing on his Blood Hunter senses, dialing into his surroundings to ensure his pack was safe as they travelled.

It wasn’t until they made camp, and he’d moved away from the others that he gave into his spiraling thoughts. He cut himself, adding one more scar to the rest, the sting a familiar comfort, silent dark words turning his blood into a weapon he smeared onto his hand, and wrapped those fingers around the hilt of his sword. The metal glinted in the fading sunlight right before flames sprung to life around the blade, hissing and crawling along the steel.

He moved. A familiar dance, his sword cutting through the air in precise, though violent arcs, his muscles taunt with his anger.

He had been taught his whole life to revere the gods. That Tritheron, would protect the Blood Hunters, bring them back from the darkness they walked in, in order to rid the world of evil. And while Tritheron could not grant them power that was all right, for he would grant them salvation.

But Zildath had been to Tritheron’s demiplane and now, it was empty. He had prayed to Tritheron and gotten no answer, instead only a clueless passenger.

The more they learned about the Gods, the more he was beginning to see they cared little for what transpired in the material realm. They were either apathetic, or dismissive. And occasionally, if you did something that pleased them and they just happened to notice, they may throw a piece of an antler.

His jaws opened and he spit acid at the thought, vaulted himself into the air with a snap of the wings at his back, and landed with his sword piercing the ground.

Lies about the reality of the Gods. Lies about who he was.

His belief it would seem, was misplaced.

He ripped his sword out of the ground and moved into another sequence, sweat rolling down his scaly skin.

If he became a god, would that be his fate? To one day simply not care? Was this battle they were engaged in merely the bickering of powerful beings who were bored? Were mortals merely caught up in some childish spat born of arrogance? Was Tritheron the same? Had he spent his life praying to a deity that couldn’t care less?

The thought made him want to roar his fury but he did not wish to alert the rest of his pack. He clenched his jaw and bit it back, instead cleaving his fiery sword through the air. He drew the battle hammer from his back in his opposite hand, slaying at the invisible shadows born from his chaotic mind.

He would not become them, Zildath vowed in silence. He would no longer serve them so blindly either. He owed them nothing. He made a pact with a Fiend, and if Nyx turned out to be a liar like the rest he would do as all Blood Hunters did when their time came.

Into the shadows I walk, for I will never allow the unholy to hide there.

A firebolt shooting into the sky drew his attention, a signal from camp.

Zildath huffed out a breath and stopped his motions, his muscles aching pleasantly from the workout. He shoved his hammer back in it’s sheath on his back. Switched hands with his sword, so the flames would die and wiped the excess blood off on the grass.

But before he moved in the direction of the signal he paused.

“Hear me Tritheron. You will no longer get my prayers, nor my devotion until I know where you side. I will keep you safe. I will have your memory restored. And in exchange for my help you will tell me truthfully what kind of God you are.”

He did not wait for a response, Zildath simply set the flat of his sword against his shoulder and headed back to camp.

Follow Me
Zildath
Zildath the Blood Hunter is played by science fiction author Crystal Storm. Go check out Crystal's website to get her first novel The Awakening free or catch her on Instagram @crystalsimagination