“He is an abomination!”

“Can you not see how dangerous he is! He must be put down!”

“I will make them forget you, brother. You are a stain on the honor of our clan that I will erase.”

Words of the past filled Zildath’s dreams every night. Stronger than nightmares, they were the reality of his life. The past was the thing that drove him, that erased the pain every time he cut into his own flesh and whispered words of dark magic to active the fire that he should have been able to breathe.

It was a strange thing to him, to realize how the past had taken on such a different meaning the day he’d received a children’s book. 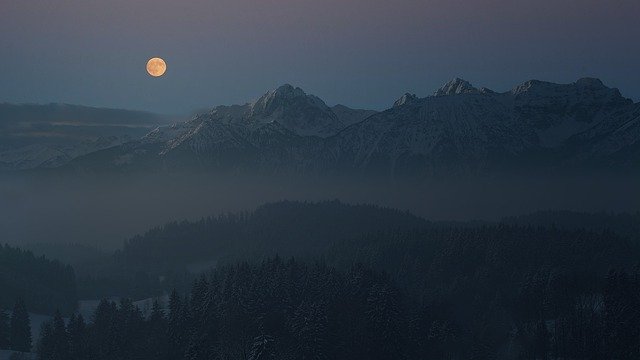 It was Zildath’s turn at watch. He walked a perimeter around their campsite, impressively quiet for a creature his size. His gaze often wandered to his pack – a term from Take he’d adopted – to ensure they rested well. Well, as well as he could see. He even spared a glance at the new one, sitting against her tree, reading her book, their druid, currently a dire wolf, sleeping on her legs. He wasn’t sure what to make of the book reader yet. But, she’d helped them in the Shadowfell and agreed to stay for now to help them combat the threat they faced. That was something, and they needed all the help they could get.

His gaze moved on, landing on the pyre, now mostly ash; the remains of their latest enemy, a prismatic dragon, possessed by evil from the Shadowfell more than likely, catching in the wind. He glanced over his shoulder, his pack was still sleeping. The new one had her nose buried in the book and he was sure, could care less about his motions. He brought his gaze back to the pyre, and moved closer until he was squatting down and drew his fingers through the ashes, sighing.

The day had been exhausting. He could feel the battle weariness settling into his bones, his heightened emotions, giving it more weight. Despite his physical fatigue, his mind was racing.

Talithey, their bard, had fallen hours earlier during the battle with the dragon whose ashes he now held. Not just her, another friend, family really, and so very dear to him, also nearly died in the fight. His relief when he’d seen them both healed was indescribable. He was not sure he’d properly expressed that or how thankful he was to Take and Nethrali for their healing magic. He wanted to do something kind for them, all of them, the what of that eluded him, and to say his thoughts were heavy was a gross understatement.

Zildath let his gaze move around the perimeter of their camp again, his ears perked, his blood hunter senses attune to the night. For now he was satisfied they were safe so he let his thoughts turn back to what was weighing on him. This fight had seen him so close to getting the answers he sought about his past. About the prismatic order. About being a dragonborn with a tail who could breath all the breath weapons. He could prove his clan wrong about him, he could return home, no longer an abomination, but someone his parents and kin could be proud of. Though if he was truly honest with himself, the latter had grown less important. He wanted, needed, answers about who he was for himself, and the very evil that he was sworn to kill had taken those answers from him.

The prismatic dragon fought the shadowed evil possessing it. Zildath had seen in his eyes the moment the noble creature lost the battle. It was in that moment he realized the greatest weakness of being a Blood Hunter. For all their power to fight the darkness, he could not rip the evil possessing the prismatic dragon out to truly save it. He could only kill it. And thus, killing the answers he sought.

Zildath made a fist around the ashes and suppressed a roar of frustration. What good was a Blood Hunter if they could not truly cure the land of evil? It was not enough to kill it, what of the innocents it tainted? He knew the limitations of Paladins, self righteousness and arrogant usually. That was Delvin, in the beginning, before his friendship with Nethrali. Though Zildath suspected, even more so now, their Paladin’s Oath may put them all in conflicting positions. But that was a different problem entirely.

He drew in a breath, forcing himself to unclench his fist and let the ashes fall away. He stood up, rolling his neck around and resumed his walk along their camps perimeter. He use to dream every night of his dragonborn clans rejection. After he’d been killed by his brother, and resurrected, Vorseth’s voice joined the rest. It wasn’t until he’d read the book Vash gave him that his view of himself began to change. Slowly he’d stopped hearing those voices every night after his prayers. Now, they were just a memory to be called upon when he wished it. He needed to know what it all meant, and how he could use that to help his pack now. They meant the world to him, and Zildath’s gaze moved over their sleeping forms again. They were his clan, and he was not sure how to express to them what that meant to a Dragonborn. Though, they were smart and read his silence well. Perhaps they knew.

And perhaps it was time he stopped running from the truth he did know. He was an ascended. On his way to… God-hood. It felt like a terrible weight, a responsibility he could not possibly be worthy of. But, tonight was teaching him that all that might not matter. If he wanted Blood Hunters to be what he believed they should be; able to rip evil from the souls it crawled into and send that evil back to the planes of the underworld, with a splash of blood and a fiery sword he would need to become… more. The thought unsettled him. Power could corrupt. They were plenty of good dieties of course but they were apathetic to the plight of those who prayed to them. That apathy was costly, especially at a time like now.

But if it meant beating their enemies. If it meant another layer of defense of his clan…

Zildath grunted. He moved away from the sleeping bodies, and the reading elf, looking up at the night sky even though the deity he spoke to was very literally a part of him.

“Tritheron. It would be, well, very nice right now, if you had your memories. If I could consult you on this process. If you would train me, as I have been trained as a Blood Hunter. But you don’t, so I suppose we’ll just have to find the answers on our own.”

Unsettled, weary, but resolute, Zildath moved back over to the camp, ready to wake Nethrali for her turn at watch. It was at that moment, he realized the dark vision spell Take cast on him should have worn off hours ago. But he could still see perfectly. He blinked, then pressed his clawed fingers against his forehead.

Follow Me
Zildath
Zildath the Blood Hunter is played by science fiction author Crystal Storm. Go check out Crystal's website to get her first novel The Awakening free or catch her on Instagram @crystalsimagination