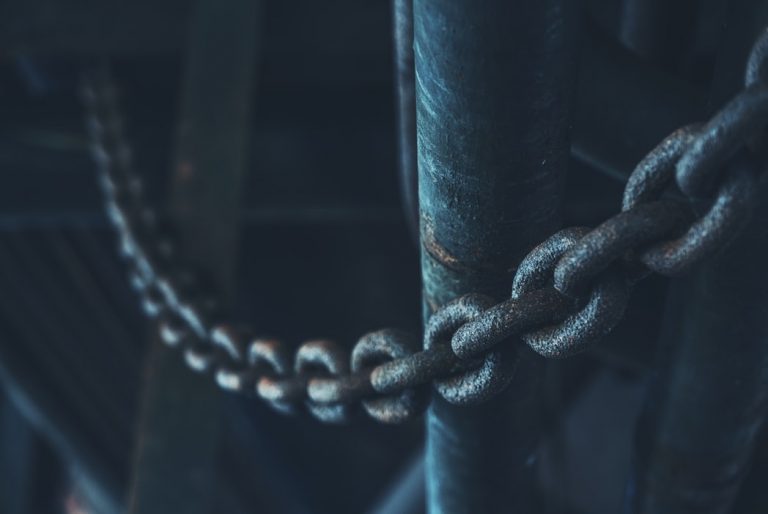 This wasn’t happening. They had been through too much together. Friends should go out swinging, not bound and then put down when their no long of use. Its like the whole world stopped around Dante when Aria approached Michael with her knife.

“SHE HAS DONE NOTHING TO YOU, BITCH!”

All he could do was watch, watch as Aria cut Michael’s throat right in front of him. All he could was watch, shout, and furiously struggle against his bindings. Barely noticing the burning pain as chains now cut gruesomely into his wrists as he desperately tried to escape them. Somehow make a difference in this. But what finally made him give up his fight was the the sound of Michael’s body hitting the metal floor, the brief silence that hung in the air like the coppery smell of fresh blood. This is real. Somehow that made it real now. This really happened.

How could this happen? This is not whats supposed to happen to them. They were supposed to go home. We did everything right, we proved ourselves to them, we helped them, we betrayed the Kalturo for this, we were just trying to open the portals home, home to earth, home.

The pure hatred began when Anna and her war droids detained them after a mission. She was smiling, she knew. They planned it. Why? What did we do? What did they want?

“You know, we work well together.” Anna had told the two of them before. Deceitful little bitch.

With haggard breaths, and disorienting blood pounding in Dante’s head, he let his head hang low, staring at the floor like it was going to somehow miraculously save him. Save the both of them. Was this always to happen? Were they too blinded by the desire to get home. It all did seem…easy. They had to prove they weren’t spies of course, but Aria seemed…happy when they arrived. The silence was short before Aria was on him again, but to him it felt like an eternity As his mind flashed of chaotic memories.

The feeling of a hand tightly gripping his jaw and forcing him to look up at her was more than enough to snap him back to reality. He fucking hated how calmly she spoke

Tapping his forehead in conjunction with each of her low-cold words, “You know how to free them, don’t you? You are going to tell me how to free them.” His skin crawled and his blood turned to ice.

Grudging, hateful eyes starred up at her. Whatever she wanted she wouldn’t get it from him easily. “Just kill me.”

“You think that’s a reprieve, it is not, bring him.”

That memory played itself over again when he started recalling the demiurged and that same horrible feeling in his blood came to him. This will not happen again. Whatever he was thinking about prior to this was long forgotten. Before he can catch himself, the words, “No, I won’t.” Escaped him.

“What’s wrong?” Michael’s voice brought him back to himself again.

“Don’t worry about it.” That’s what he forced himself to say in the moment, but what he was actually thinking was I failed to protect my son, I couldn’t help you either. I will not allow this to happen again.

“I am worried.” Thankfully Coda walked into the room to show them the hologram before Michael could press any further.

Maybe it didn’t matter anymore, maybe Aria already knew about it. But he’ll take no chances with it. If he can help it, if there doesn’t need to be an occassion to share what he knows, he won’t.

Thank god for that AI.